THE CAMELOT GAMBIT and NEBRASKA

Last September, my son and I took a book research/read trip to Nebraska. I’d never been, and it was the only place in the US that I had found that was truly suitable to buy up land and build a city (rail lines, fuel, cheap land, plenty of it, etc.) So we spent a handful of days scoping the place out and finding the perfect location for my fictional town of Curie (he and I named it together, and you can thank him for the street names!) The base story of the Camelot Gambit has existed in my head for about fifteen years. It’s a crazy feeling to release something that existed only in my own imagination into the wild–especially after having lived with it so long.

We stayed in a little air bnb because I wanted to be in a “normal” neighborhood. We ate only at local diners, chains, and one-off burger joints. This is somewhere in the realm of my tenth book research trip. (New Orlean/Thibodeaux, West Columbia SC for firefighter ride along, Smyrna GA for police ridealong, etc etc) And it was phenomenal. I met up with an old friend (Jennifer Belk White) who helped us sort out what is “Nebraska”–because even though almost all the residents of my fictional town were imports, the place must bring it’s culture in some way. I wanted to be sure I got Nebraska right.

For those of you who read Resonance… that book was set in part in Oak Ridge, TN, the town where I grew up. It’s a real planned city. It has now been around long enough to have some organic properties (sprawl, urban development etc) but is still at its heart a “designed town.” The streets are alphabetical from one end of town to the other! For decades we share the honor of “highest PhDs per capita” with Los Alamos (our sister “town that built the bomb” city.) Having grown up that way, it was fun to design my own city and to know what it means to live in one. It’s an abnormal experience that my friends and I didn’t fully understand until we got to college and moved away.

All of that knowledge is in this book. I love this story. It has been held close to my heart for years. And it’s the perfect lead in to Dead Tide, the next NightShade book.
*Keep your eyes on the kids in this story. Two of them will return to lead my new series Black Carbon. The first book in that series will be available on Aug 6th. As always, happy reading!
AJ O.o 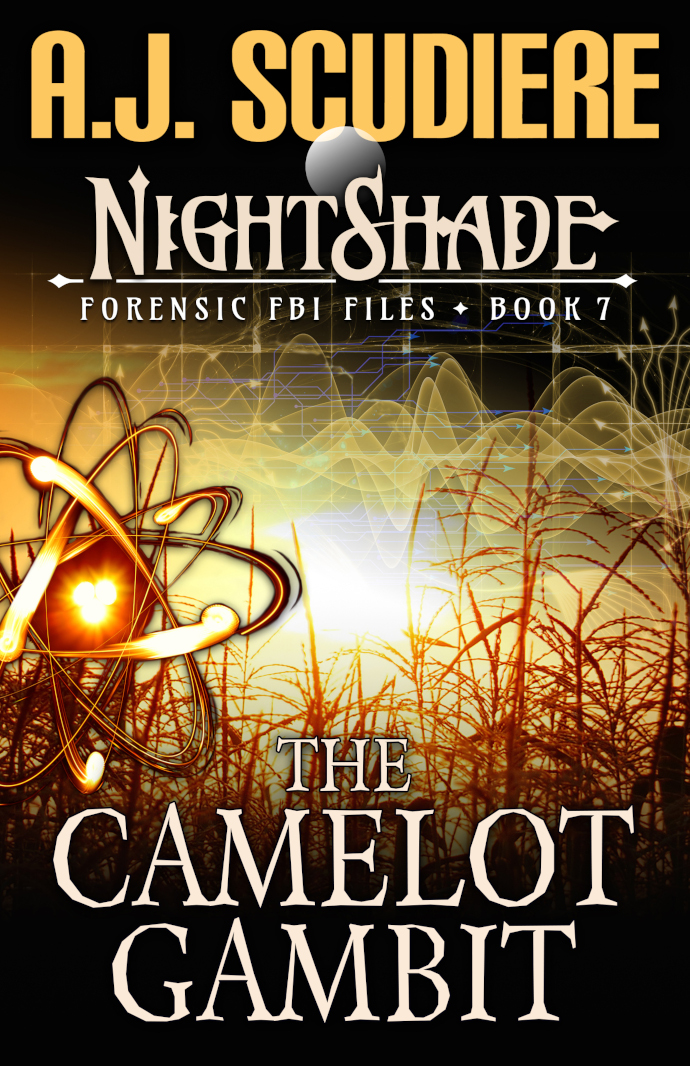