There’s a new book coming out in the NightShade Forensic FBI Files. I know I said Garden of Bone would be next (and it will still come out at the promised time!) but this one needed to be told. There are several things that will happen over the next handful of books and, aside from being a fantastic ride in its own right, this story gets you what you need to follow that trail. Also, it brings back Walter Reed (a perennial favorite!) Our other lead in this story is GJ. You might remember her from The Atlas Defect. Her family history is as screwed up as Eleri’s but for all different reasons. You’ll start to get a glimpse into that with this new book, Salvage. And you’ll get some new info about the Lobomau before they come back with a vengeance.

This is the first book of the NightShade Shadow Files–it’s still part of the series, but not predominantly an Eleri and Donovan story. No worries, they are definitely in it. Aren’t they always in it up to their eyeballs? But the Shadow Files will allow us to get to see NightShade from a wider scope and it lets you, the reader, to see some of your other favorite characters up close and personal.

Salvage is out July 12th, 2018. It’s book 5 of the NightShade Forensic FBI Files and Garden of Bone will be book 6, out later this year.  As always, happy reading and I hope you love this one as much as I do! I had so much fun putting Walter and GJ together in Quantico. This book practically wrote itself! There will be other Shadow Files books coming as part of the series. And stay safe from any Lobomau you run into! 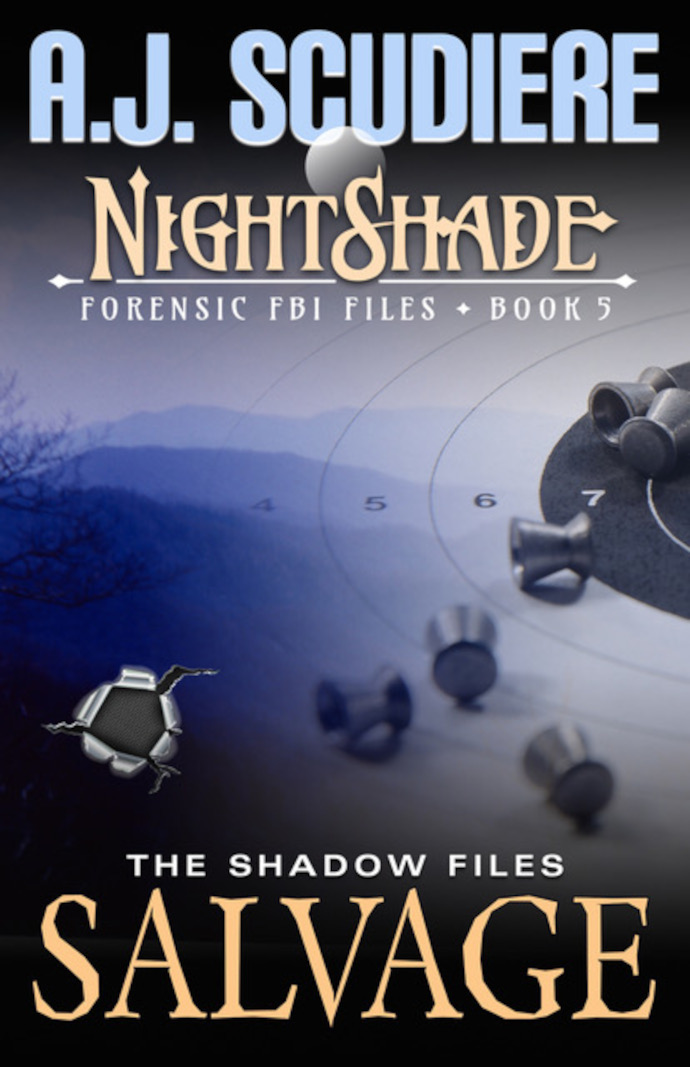