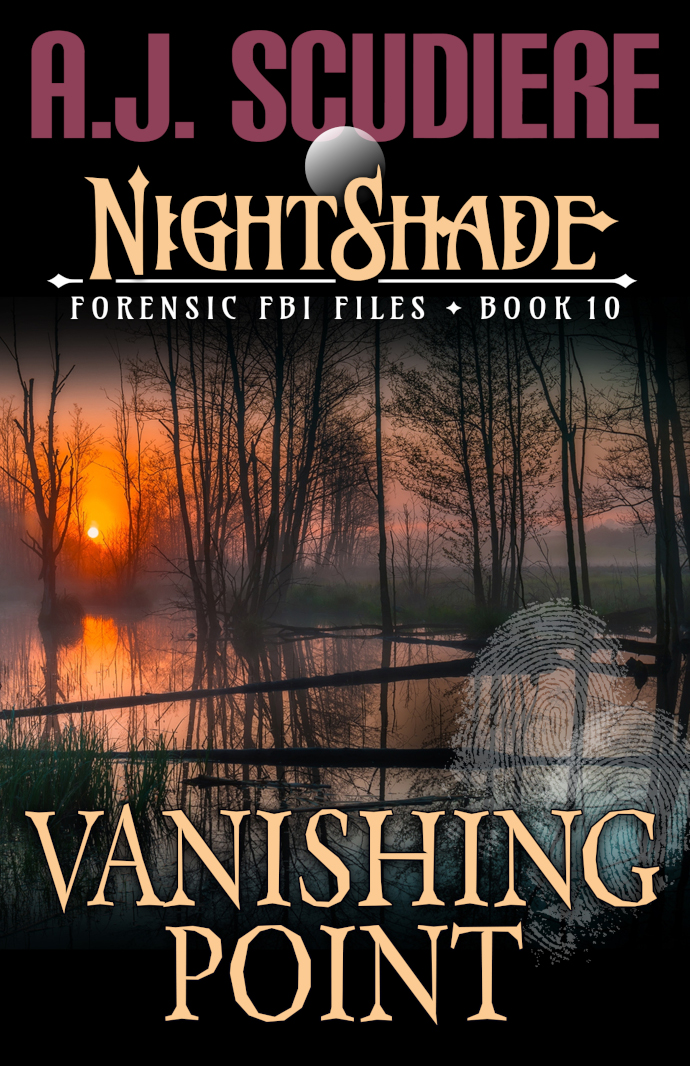 A witch who can’t trust her power.

A wolf who can’t trust his nose.

A serial killer who can vanish into the air.

What should have been a straightforward case is turning into anything but.

A serial killer in the Florida Everglades is dumping bodies after torturing them. There’s no posed positioning, or even an attempt to hind their handiwork, making a profile nearly impossible. The locals know more than they do, and Eleri and Donovan can’t even link the victims.

When they start suspecting they are followed, they reach out to other NightShade agents, only to discover the others have the same growing concerns. Why are some agents getting sent back to the Atlas Project and others are in the wind? Still, the case in front of them needs to be solved, even if there’s another wolf around.

How can they even begin to solve the case when all the clues disappear into the vanishing point? The killer will drive them into the riskiest gamble of all.