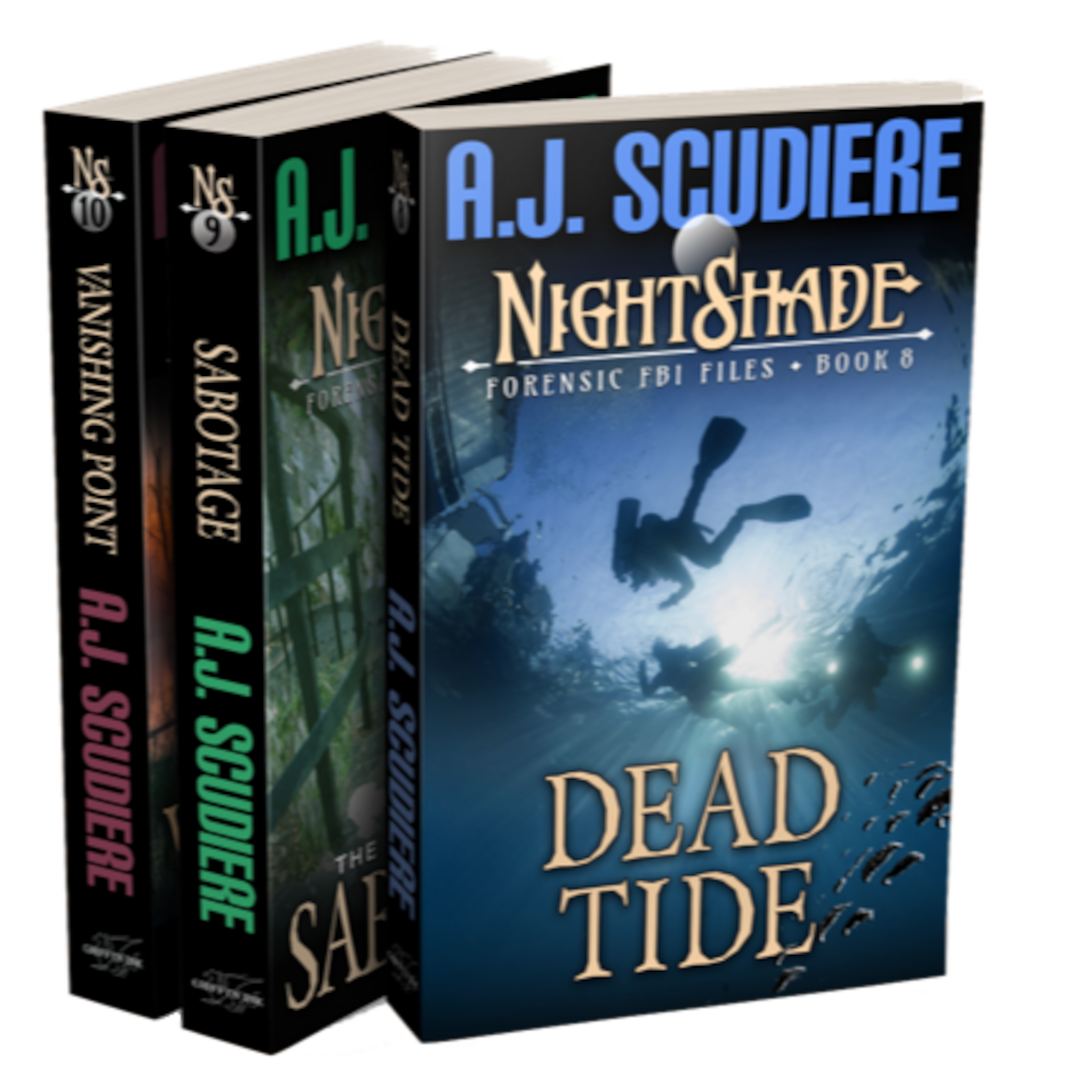 Huge savings off the individual book cost
These nail-biters will have you on the edge of your seat.
Vol 3 – Books 8, 9, and 10

When a former mermaid turns up dead, Eleri and Donovan are stuck with a case they never wanted, but can’t shake…
Eleri should have been recused. That’s her friend on the autopsy table. But her Special Agent in Charge won’t let her off the case, making her wonder if there’s more to Westerfield’s demands than meets the eye.
He won’t let Donovan out of the case either. The Lobomau are more organized and further-reaching than anyone thought, and Donovan now has a personal connection in the form of the man calling him “brother.”
The team is stuck on a research vessel with a killer hot on their trail… but Eleri’s skills are glitchy at best, and Donovan is terrified of the water. Can they keep the remaining crew members—and themselves—alive or betrayal come from where they least expect it?

FBI Agent Christina Pines is missing…
Christina Pines could make anyone see or think anything she chose. Though it was a talent she’d had her whole life, it hadn’t been enough to save her last partner. Now, it was barely helping her track escaped convict, Dr. Murray Marks.
When she learned that Walter Reed was on her tail, Christina knew that meant her Special Agent in Charge Westerfield had sent a cleanup crew to bring her in.
She’s chasing a trail that threatens to go cold despite her stunning talents. Armed with her unique ability and a fierce determination to win, she realizes her best asset is that she’s willing to die to bring Marks to justice. But when the attacks start coming, the team learns that Marks might not be the biggest threat to the wolves…

A witch who can’t trust her power.
A wolf who can’t trust his nose.
A serial killer who can vanish into the air.
What should have been a straightforward case is turning into anything but.
Someone is dumping bodies in the Florida Everglades after torturing the victims. There’s no posed positioning, or even an attempt to hide their handiwork, making a profile nearly impossible to develop. The locals know more than they do, and Eleri and Donovan can’t even link the victims.
When they start suspecting they are being followed, they reach out to other NightShade agents, only to discover the others have the same growing concerns they do. Why are some agents getting sent back to the Atlas Project while others are in the wind? Still, the case in front of them needs to be solved, even if there’s another wolf around.
How can they stop the murders when all the clues disappear into the vanishing point? This killer will drive them into the riskiest gamble of all.