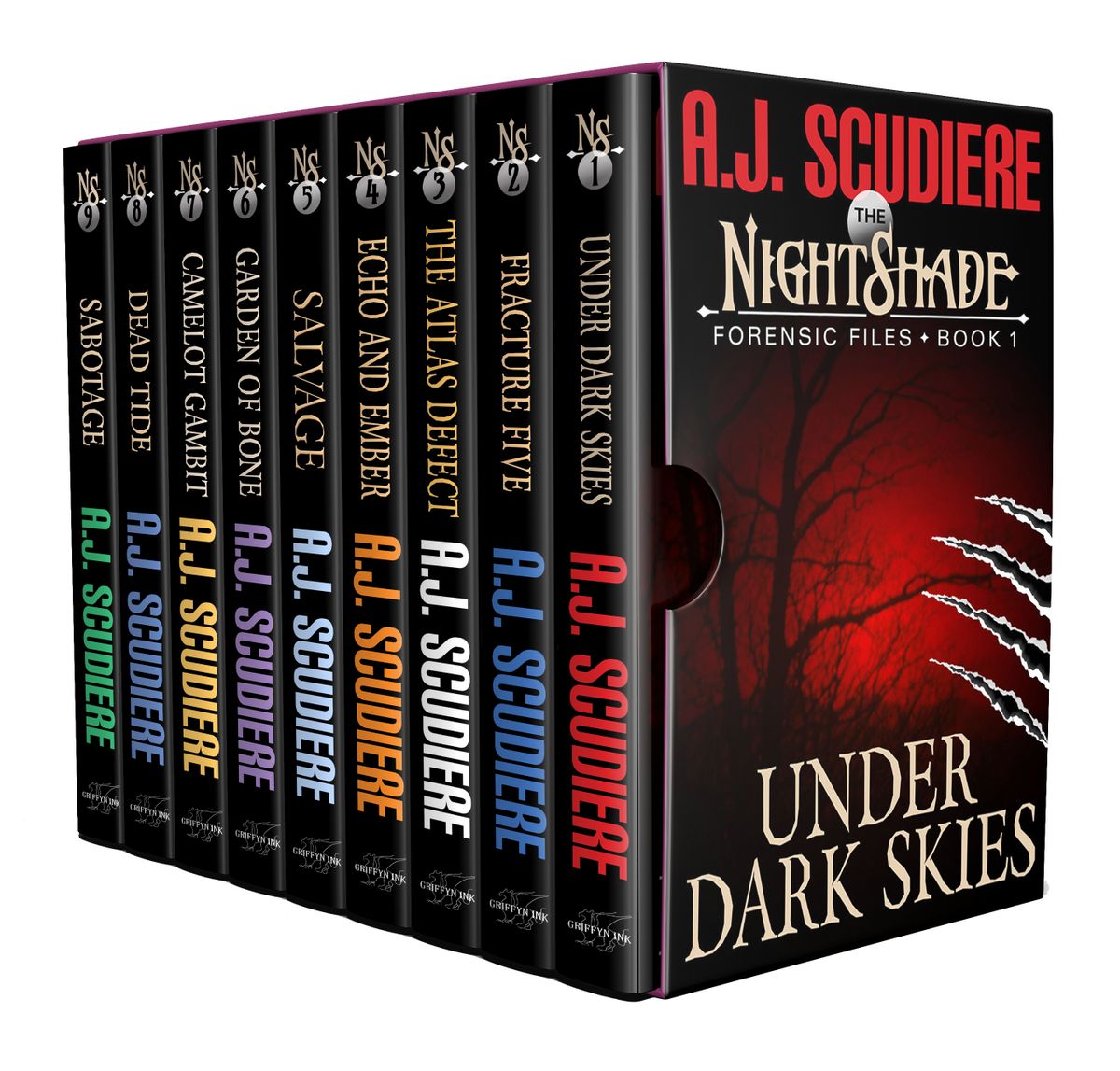 On the surface the cells seem unrelated. But they are all linked by Rollins and the very disturbing passcode:

When an odd human skeleton in Michigan’s National Forest triggers a NightShade investigation, Eleri and Donovan arrive to find it missing. But two other skeletons are a little too easily uncovered—each displays different anomalies that raise alarming questions.

The bones aren’t from the area. A decades-old abandoned building doesn’t register on satellite images. Files detailing genetic experiments on children are even more disturbing, and most of the children are unaccounted for.

If the case itself wasn’t enough of a problem, someone is watching. Someone with an interest in Donovan’s own skeletal anomalies . . .

Unable to close their last case, Eleri and Donovan been thrown into their next assignment far too fast. A string of strange arson-based murders are just part of the trouble. Not only is former agent Wade de Gottardi on their team for this one, so are two other NightShade agents: Dana Brantley and Christina Pines. The problem is, Eleri is no longer the senior agent, Dana is.

As old cases rear their ugly heads, Eleri and Donovan get drawn into the mysteries of their fellow NightShade agents. Will their new team implode from distrust before they crack the case? Their unique talents may not be enough to save them from a seemingly unstoppable killer.

Eleri—a former mermaid herself—should have been recused from the case. That’s her friend on the autopsy table and putting her in charge of the investigation violates more rules than she can count. But her Special Agent in Charge won’t let her off the case, making her wonder if there’s more to Westerfield’s demands than meets the eye.

He won’t let Donovan out of the case either. The mysterious package from a brother Donovan didn’t know he had contains as much threat as it does information. The lobomau are more organized and further-reaching than anyone thought, and Donovan now has a personal connection.

The team is stuck on a research vessel with a killer hot on their trail… but Eleri’s skills are glitchy at best, and Donovan can’t swim. Can they keep the remaining crew members—and themselves—alive or will the killer turn out to be the one they least suspected?